Free Shipping offer is valid in the US lower 48 states only, and is not available for PO Boxes or Military APO/FPO addresses.

Unless otherwise specified, product prices already reflect discounts. All offers are limited to stock on hand; no backorders or rainchecks are available. Discount codes are not valid on prior purchases, cannot be used after their expiration dates, and do not apply to taxes, shipping and processing charges. Limit one discount code per order. Consumer must pay applicable sales tax. Offer may not be combined with any other sale, promotion, discount, code, coupon and/or offer. Promotions have no cash value. Offer cannot be sold or otherwise bartered. Void where prohibited, taxed or otherwise restricted. Returns of any portion of the purchase will require equal forfeiture of offer or amount equal to offer. Buy One Get One offers apply a portion of discount amount to each of the items. We have the right to end or modify any promotion at any time. Other restrictions may apply. Offers only apply to the United States unless otherwise noted.

Gear Institute recently featured Wenzel's new Shenanigan Teepee. Writer Kassondra Cloos says "I’ve never been much of a big tent kind of person. The idea of having some extra space is really nice, but big tents are usually heavy, bulky and complicated. Plus, who goes camping to hang out inside, anyway? Enter Wenzel’s upcoming Shenanigan Teepee, available in both five-person and eight-person version models, in two hipster-friendly geometric patterns. I have been converted." 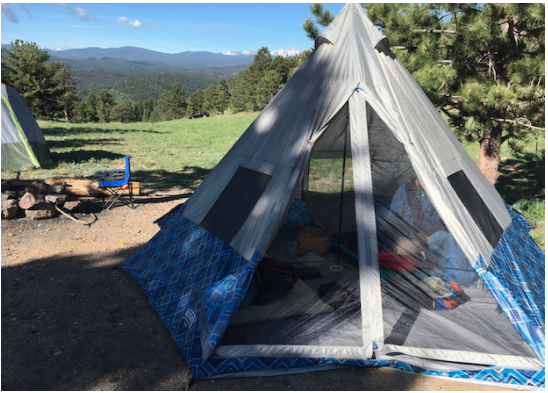 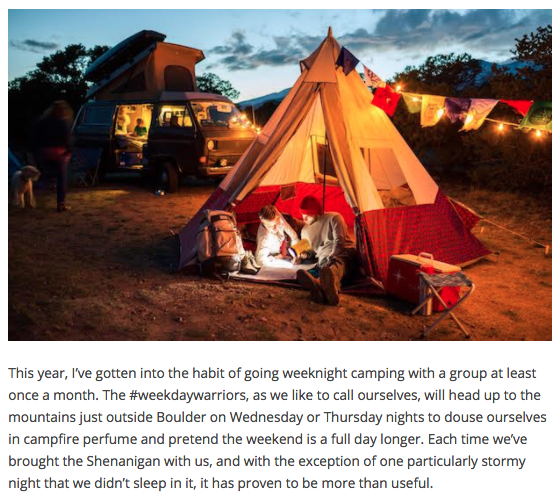